The best qualities and the most identifiable characteristics of the Mediterranean

Near San Pietro Vernotico, a village in Salento, one finds the Vinicola Mediterranea winery. Never has a name been more suitable for a winery that exploits the best qualities and characteristics of the Mediterranean ecosystem. This is a zone that has a natural gift for cultivating vines, thanks to a warm sun and a sea breeze coming from the Adriatic sea, factors which create an ideal climate for wine-making.

The winery was founded in 1997 by Giuseppe Marangio and Vito Epifani, both already expert in wine-making but for the first time determined to create their own business. Initially the production was exclusively loose wine which was though appreciated and marketed in all of Italy.

In 2000 they began to bottle their wine, Negroamaro, Soraya and Donvito to name a few, and export worldwide. Also their vine varieties are numerous, Negroamaro is the most common then there are Malvasia di Brindisi, Primitivo and others (Montepulciano, Cabernet, Sangiovese and Chardonnay), that have attained the same quality as the indigenous varieties. 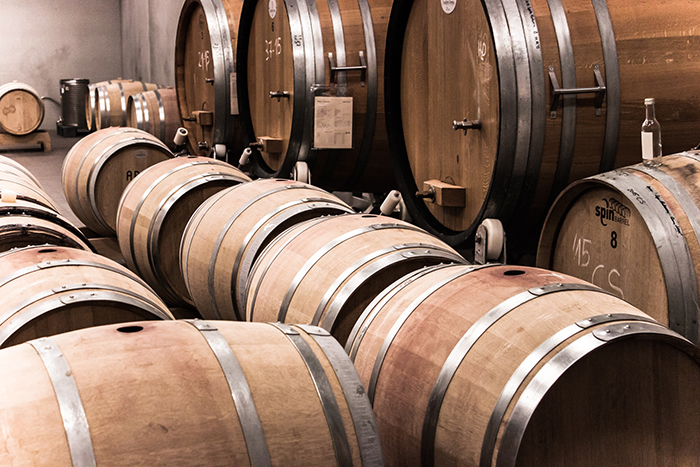